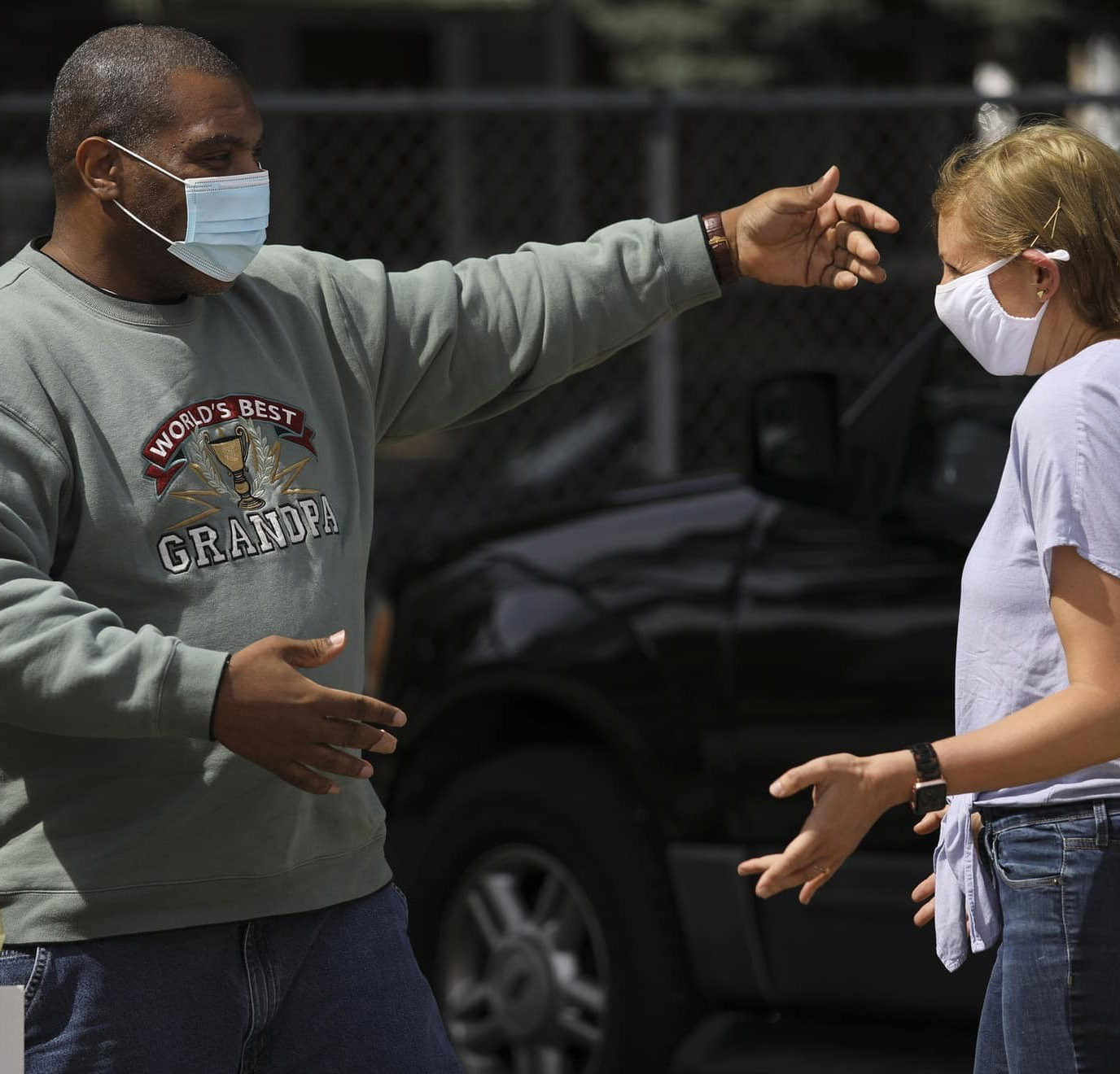 No items found.
Granyon
loves
Thick skin and purpose. This is what has brought Jennifer Soble, the founder of the American organization Illinois Prison Project, to where she is today. Together with her team, she is on a mission: To get people who have been needlessly incarcerated out of prison. We spoke over Zoom with our client about what made her establish IPP.

We all have days that mean a little extra to us. Days that will have an impact on our future lives.

To Jennifer Soble, February 1st, 2019 is a day she will remember for as long as she lives. Because that was the day she put the first words onto paper describing an organization that would later prove to have a big impact – not only on her own life but on the lives of many others.

“I woke up at 6 a.m. on February 1st, got out of bed, came into my home office, and wrote a four-page proposal for an organization called the Illinois Prison Project. And that proposal is exactly what we have become.”

“Prisons are designed to keep those who are incarcerated separate and hidden."

Empowering incarcerated people and their families

We’re talking to Jennifer on a Friday afternoon. It’s 8 a.m. in Illinois. Jennifer is on Zoom call, sitting with her morning coffee. This is a woman with a passion, which has fueled the organisation Illinois Prison Project.

We first met Jennifer at the end of 2020 when she and the Illinois Prison Project approached us to develop their new website. When they described the work they were doing on behalf of incarcerated people in Illinois, we immediately knew that this would become a very special project.

IPP fights against regressive policies in the prison system in Illinois. The organization trains and supports attorneys who provide direct representation to people who are needlessly incarcerated.

They empower incarcerated people and their families to advocate for themselves and spread awareness to community members, policymakers, and officials about the harms and injustices carried out by the criminal legal system and mass incarceration, including systemic racism, long sentences, and no parole or mid-sentence review.

“His case taught me the many ways the people that are in the Department of Corrections are not only the victims but also that the most outrageous acts of violence by the state are often the least seen”.

In 1998, Jennifer met Anothony Gay. Looking back, Anthony played a central role in the establishment of IPP. At the time, Jennifer was a clinical professor at Northwestern Pritzker School of Law’s Bluhm Legal Clinic.

At the age of 19, Anthony Gay was sent to prison for a weaponless robbery of a hat and a dollar.

Four years later, after he had been released on supervision, Anthony was sent back to prison for driving with a suspended license. This time, he was placed in solitary confinement for disobeying prison rules. He would ultimately spend decades behind bars.

Anthony struggled to maintain perfect compliance with prison rules because he was living with mental illness, and the symptoms of that illness was interpreted by prison officials as willful misbehavior, instead of the illness that it was. He needed treatment, but he was instead put into solitary confinement. As a result of this he broke down and engaged in self-harm. It was a cry for help.‍

Rather than recognizing and treating his mental illness, the state’s attorney’s office prosecuted him with aggravated battery. Anthony was charged 22 times for natural conduct stemming from his time in solitary confinement. These charges added more than 100 years to his sentence.

Straightjacket and handcuffs behind bulletproof glass

Anthony ended up contacting the clinic where Jennifer was working at the time.

“At this point, many lawyers had taken Anthony’s case. It had gone up to the supreme court, where it was denied. My supervisor was initially skeptical of us taking on his case, given how many attorneys had already tried to secure Anthony’s freedom. ”I said: ‘You know what? Let’s just try. How can you not try?’”Jennifer tells us.

“When I first met him, he was behind bulletproof glass. Despite that we were in separate rooms and literally couldn’t touch each other, they had him in a straight-jacket and handcuffed to the chair. Their inhumane treatment was in really stark opposition to Anthony himself, who is fiercely committed to seeing everyone’s humanity. It was a huge contrast to this wonderful and special person sitting in front of me. He was a really sincere human. A human in a lot of pain. It was such an outrageous act of inhumanity.”

“If you asked him today, he would tell you that I promised to get him out. I did not, because I was afraid I could not live up to such a promise. But I said I would definitely try", she tells us.

Jennifer was very moved by the situation and immediately took action. She took his case and figured out the way his sentences were structured was illegal. It took several years, but with the help of colleagues at the law school clinic, she convinced the state attorney to restructure his sentence. Three years later, Anthony was a free man. And he has been free ever since.

Six years later, Jennifer quit her job at the clinic and began as a federal defender. She had a big focus on issues concerning front-end criminal legal reforms. She lived in Chicago and wanted to focus more on prisons in Illinois. So she started to look into data about the matter.

“I went to the Department of Corrections database and downloaded the spreadsheet Prison Population Stock. It was a list of 40.000 names and sentences – horrifying that they call these people “stock”. I couldn’t stop but looking at this data. I spend three weeks staring and playing around with it.”

One of the things Jennifer realized was how 25% of the people in the Illinois Department of Corrections were elderly. Furthermore, the reason the IL prison population was the lack of parole – once you get a sentence, you do the sentence. No matter how silly it had become.

Adding to the problems, due to the lack of funding by the state, no organizations were working within this field. The data made her realize the urgent need for an organization like the one Illinois Prison Project was about to become.

“Thousands of people in the department of correction need help. There’re a lot of groups that do work on prison reforms. But due to the funding structure there are no organizations trying to get people out.”

Suddenly things went fast. By May 2019 Jennifer left her current job. By June she started IPP, consisting of her and one volunteer. and in January they received their first funding.

The IPP team now consists of 15 staff members and has been around for a little more than two years.

Although rewarding, the journey has been difficult. Growing an organization that is sustainable and positive during a global pandemic has been challenging. Adding to their growing pains are challenges posed by COVID. Not only has the organization grown up during a year defined by the global pandemic, but IPP lost several clients to COVID. Creating space for grief, trauma, and acceptance has been a priority.

But IPP is stronger than ever. Due to an influx of requests, they are learning what works and what doesn’t during the COVID era. Getting back to normal takes time. Jennifer tells us how they're now figuring out how to safely return to work.

“We wrote a bill – a piece of legislation. It passed in May 2021 and will for the first time create compassionate release in Illinois. The bill will go into effect January 1st 2022. A huge change and very special moment.”

In five years, Jennifer hopes IPP can build a more just system where everyone has equal access to justice, including people in prison.

“I want to see a world in which everyone incarcerated can have an attorney if they need one. The problems we’re experiencing in Illinois keep replicating over and over again. It’s important to have organizations like ours everywhere.”

“I hope that people that are trying to start projects like ours are listening to themselves. Follow your heart a little bit for as long as you can. If I had given up after two months, this wouldn’t exist. Having thick skin and remembering why you’re doing the work you’re doing is really important,” she says.‍ 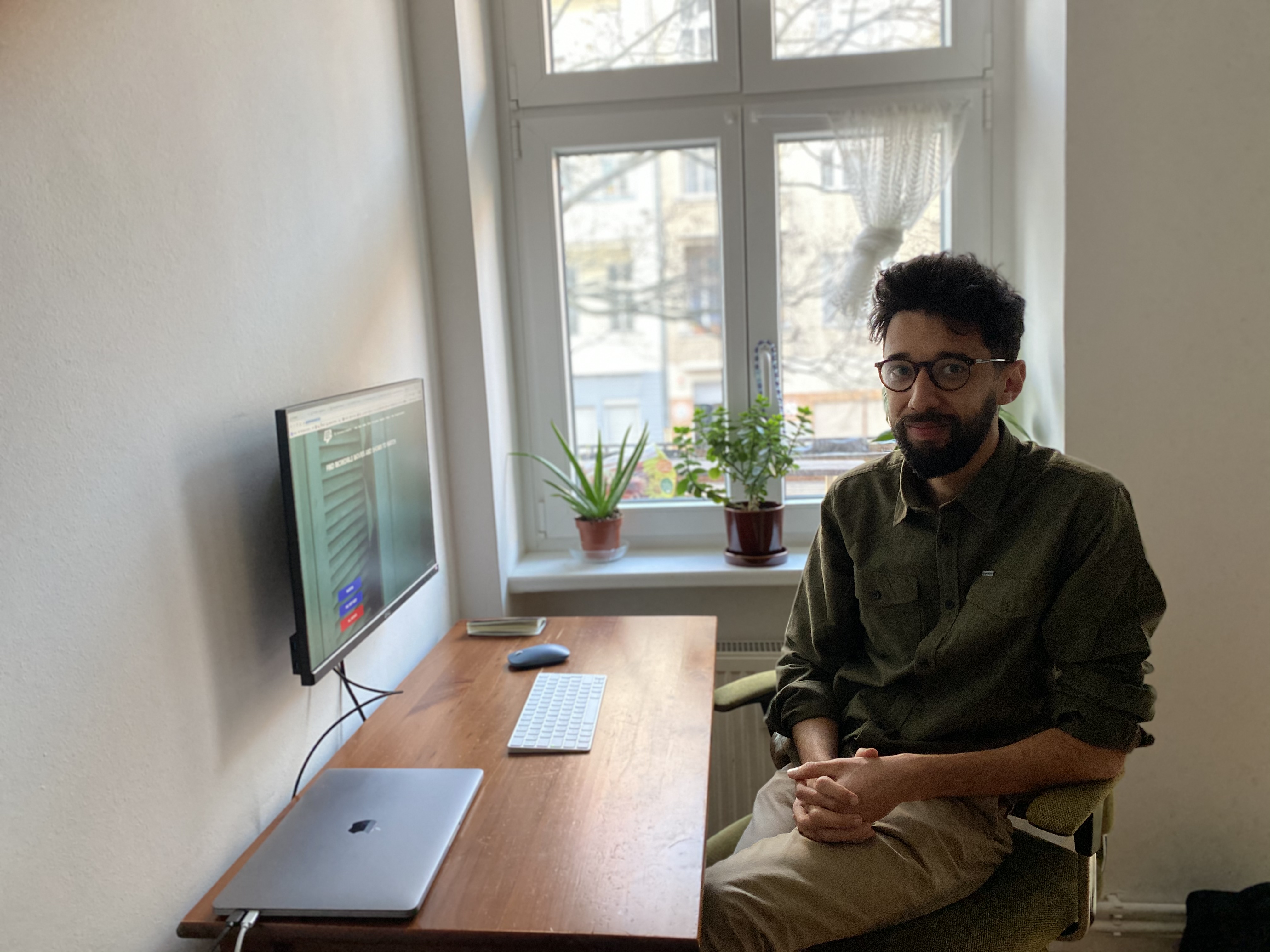 No items found.
"AGMTW is the complete opposite of a Netflix algorithm. We are not personalization but quality based."
Movies have always been a part of Bilal Zouheir's life, founder of agoodmovietowatch. After designing their new platform, we spoke to Bilal about the consequences of streaming platforms' algorithms, "Ambient TV," and how he wants AGMTW to challenge our algorithm filter bubble by recommending a diversity of high-quality movies.

News
"AGMTW is the complete opposite of a Netflix algorithm. We are not personalization but quality based."
Movies have always been a part of Bilal Zouheir's life, founder of agoodmovietowatch. After designing their new platform, we spoke to Bilal about the consequences of streaming platforms' algorithms, "Ambient TV," and how he wants AGMTW to challenge our algorithm filter bubble by recommending a diversity of high-quality movies. 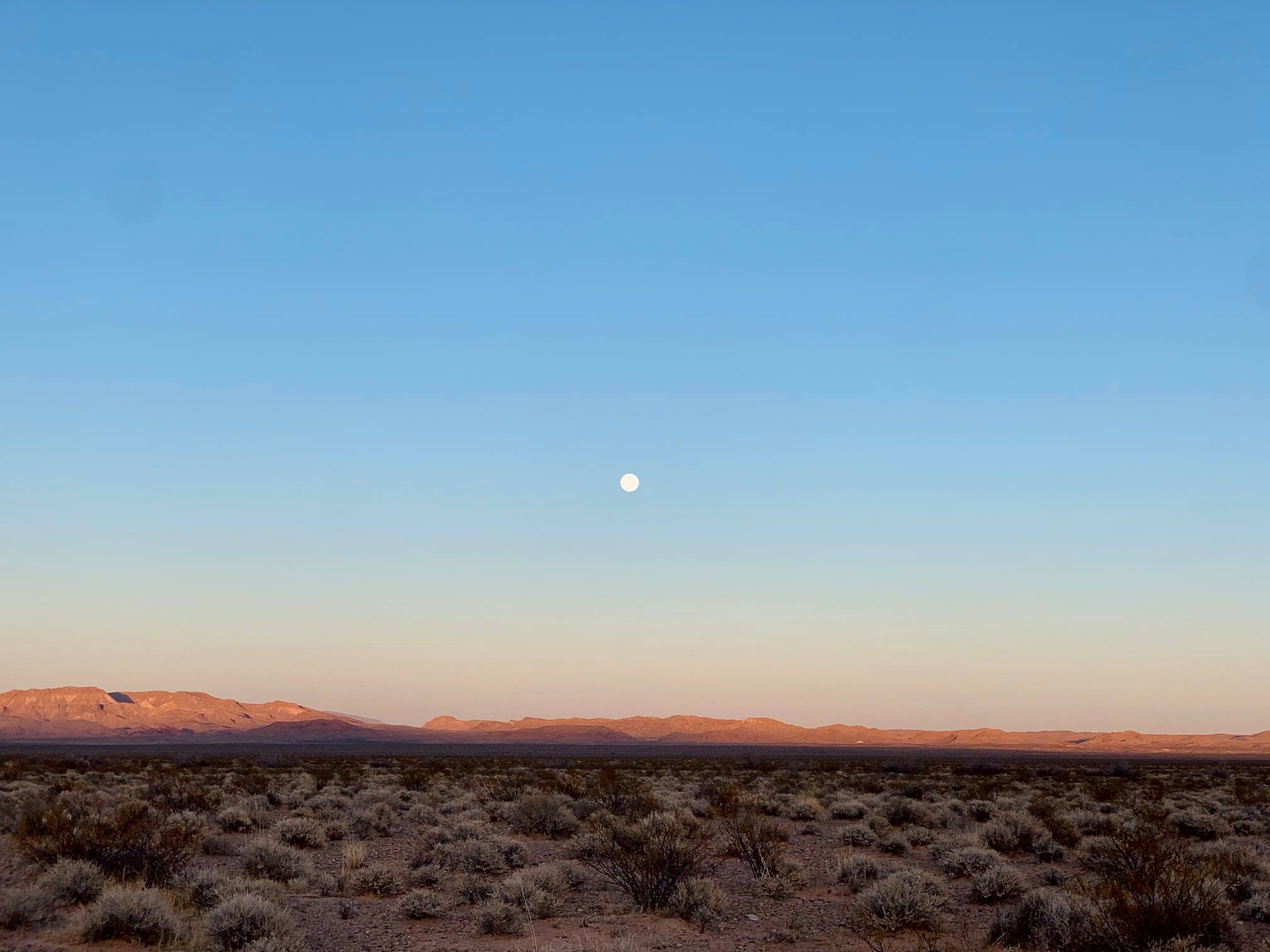 No items found.
Granyon + GROUND
At Granyon, we strive to create great experiences and do good with creativity. We now embark on a new and exciting journey, joining forces with US Creative Agency GROUND.

News
Granyon + GROUND
At Granyon, we strive to create great experiences and do good with creativity. We now embark on a new and exciting journey, joining forces with US Creative Agency GROUND. 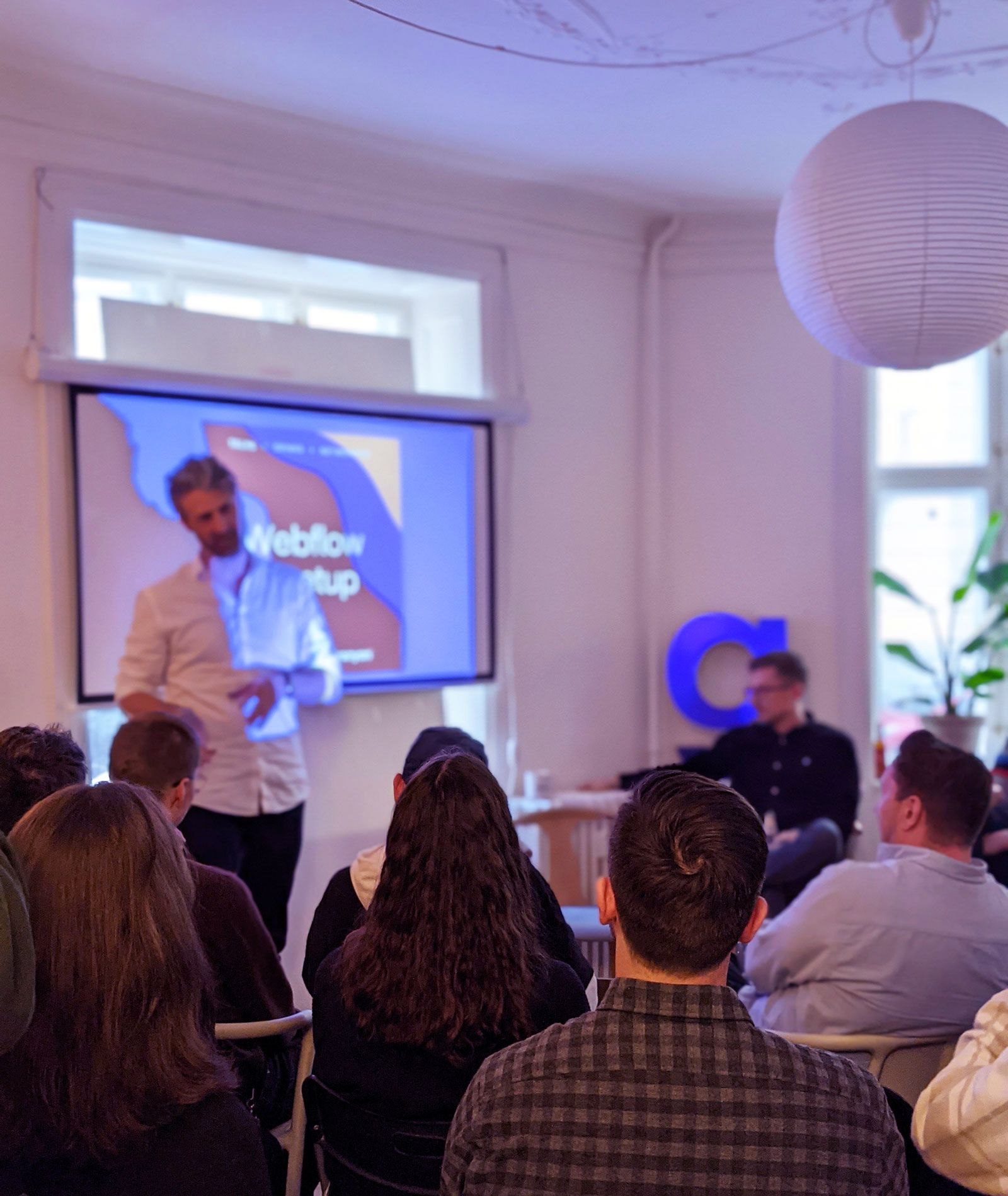 No items found.
Thank you for a great Webflow meetup
Thank you to everyone who showed up at the Webflow meetup at the Granyon office. It was a pleasure to meet and connect with so many like-minded Webflow and no-code enthusiasts.

News
Thank you for a great Webflow meetup
Thank you to everyone who showed up at the Webflow meetup at the Granyon office. It was a pleasure to meet and connect with so many like-minded Webflow and no-code enthusiasts. 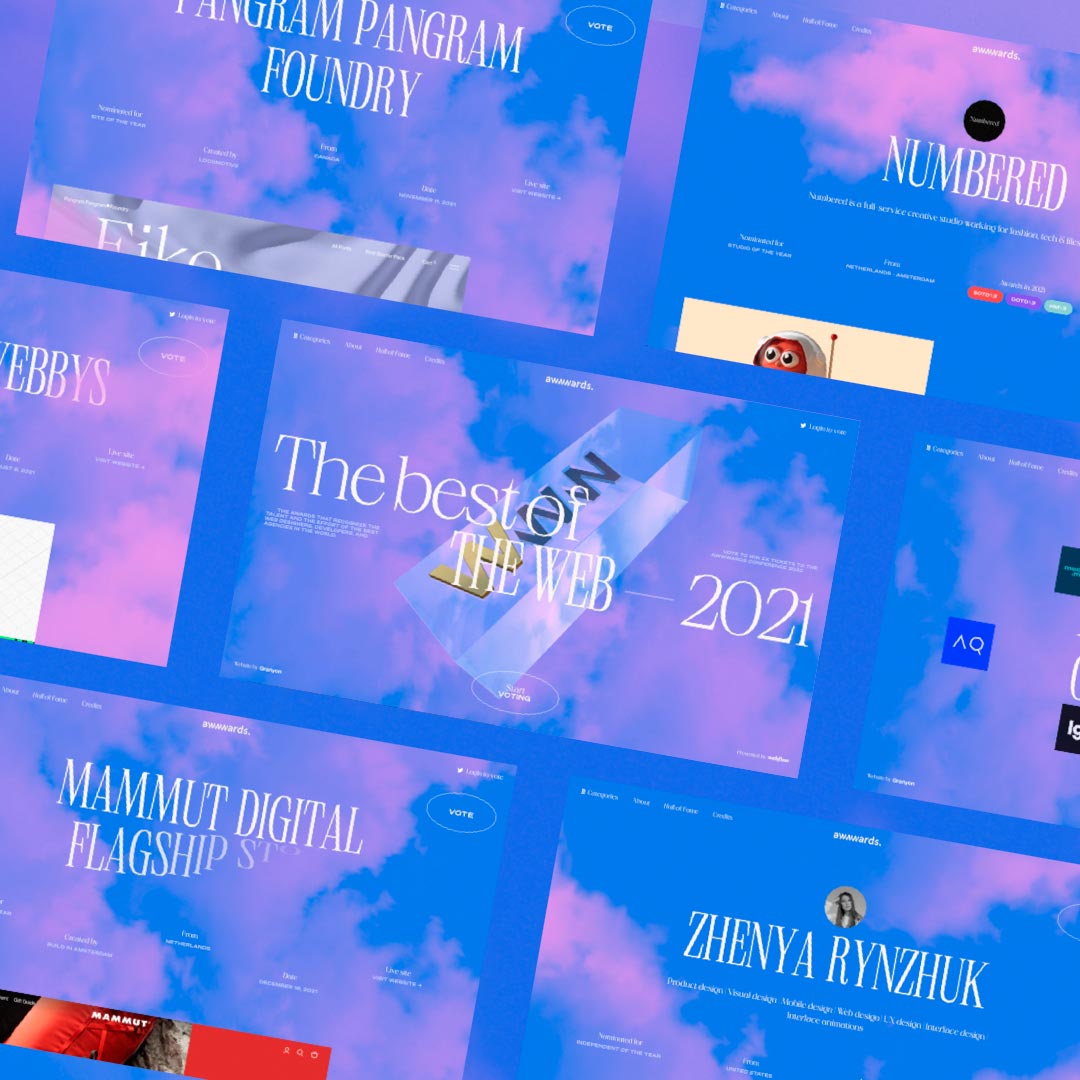 Webflow
Website
Research
The work behind Annual Awards
Recently, Awwwards asked us to share some of our initial thoughts and the work behind the Annual Awards website. So we turned to our archives and started digging for some dreamy mood boards, technical tweaks, and a handful of nerdy details.

News
The work behind Annual Awards
Recently, Awwwards asked us to share some of our initial thoughts and the work behind the Annual Awards website. So we turned to our archives and started digging for some dreamy mood boards, technical tweaks, and a handful of nerdy details. 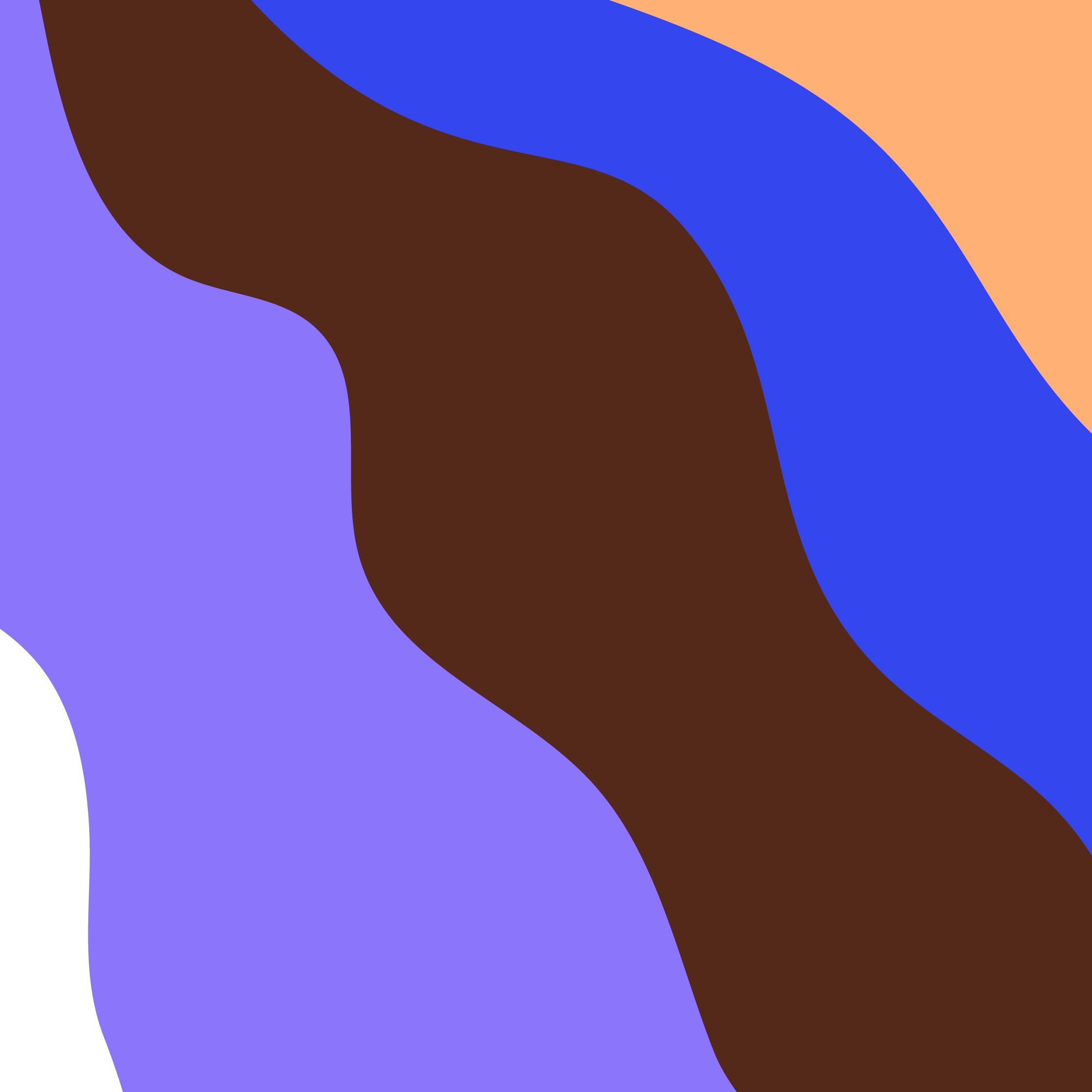