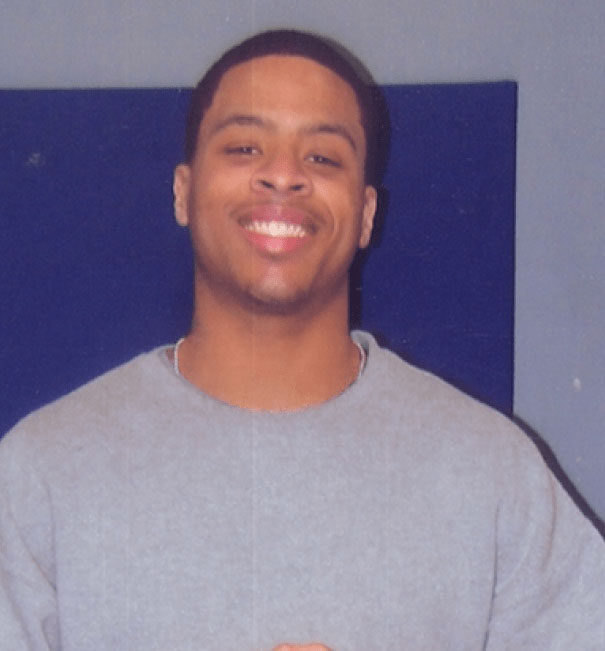 Chris Young – "My hardship ended up being a blessing in disguise"

No items found.
Granyon
loves
Our client Chris Young is on a mission to encourage people of color to journey towards a lifestyle of positive mental health through the mental health app LikeYOU!. The road there hasn’t been easy. His story is an inspiring example of starting a new chapter in life against all odds.

We’re on a Zoom call with Chris Young on a Wednesday afternoon. Our relationship with him started when he and his business partner and attorney Brittany Barnett turned to us. We knew Brittany from earlier on, where we did the Third Strike campaign and The Buried Alive Project.

Chris asked us to design a visual identity for his new project LikeYOU!, so he could raise money for what eventually will be an app and health tool. The more we worked with him, the more we became aware of his willpower and determination. We were astonished by his ability to use his own hardships in life as a motor to make a change in other peoples’ lives.

Losing his brother at a young age and being sentenced to two life sentences, the road there hasn’t been easy. But through it all, Chris has managed to remain positive and focus on the good things. His story is important and a source of inspiration worth sharing.

"The freedom journey doesn’t end when someone is released from prison. In many ways, it begins." In March 2022, attorney Brittany Barnett did a TED Talk, sharing stories of the innovation languishing in US prisons. In the talk she mentions Chris Young and the LikeYOU! project.

A challenging childhood and youth

It all started in his childhood and adolescent years. Growing up was a challenge both mentally and physically. Lacking bare necessities such as running water and electricity while wanting certain material items, like other kids and teenagers, was stressful and depressing for Chris and his older brother.

The challenging circumstances led to the two seeking alternative ventures to accumulate enough money to get by. And to Chris and his brother, no job or business was as readily available as selling drugs.

"In my youth, I was stuck in a box, not seeing the world for what it really was."

"We began selling drugs as teenagers. That was the path that was available to us. A path that unfortunately led to a lot of destruction. It took away the experience of childhood and adolescence years. Instead of embracing my curiosity and my level of comprehension to learn vast topics and subjects, I used it to excel within things that were counterproductive to my and other peoples’ lives”, Chris tells us.

Selling drugs prevented Chris from traveling the world, going to university, and pursuing a career like many others at his age.

Chris and his older brother had a close bond. Due to the many obstacles and tribulations in their childhood and youth, Chris’ brother often felt he had to take care of Chris. He was more than a brother to him – he was also like a mother and father figure.

In 2007 at the age of 18, Chris experienced the most traumatic incident in his life. His brother died by suicide only a couple of days before his 22nd birthday. The incident filled Chris with extreme guilt – a feeling that still haunts him today.

"Before he died by suicide, he texted me and two of his friends, but none of us answered him. I often feel like I wasn’t there for him at his darkest hour", Chris explains.

Chris tells how the death of his brother became a crucial factor within every decision of his life ever since.

"The loss of my brother made me have more compassion, love, and care for any person I interact with. It made me think about what I could do to help people going through the same obstacles as him."

An unlike supporter and a new path

At 22, Chris was one of the dozens prosecuted in an investigation focusing on drug trafficking in Clarksville, Tennessee. With two minor drug convictions from his teenage years, he now had three drug-related offenses on his record. This was his "Third Strike", sentencing him to spend the rest of his life in prison under the federal three-strikes law.

"I could have stopped selling drugs, but I didn’t know how to. I had been doing it for so long and it had become my lifestyle. The money was the pacifier – it was the bandaid to cover up the wound."

Little did he know of the unlikely supporter that would later be a crucial factor in his life: the judge that sentenced him.

The first time Chris met judge Kevin Sharp was in 2014. Back then, Young wore an orange jumpsuit in Sharp’s courtroom. The day Chris got sentenced, Judge Sharp didn't have the authority to take the final decision about Young’s fate. Sharp later announced in the media that he would have handed Chris a five or six years sentence – not a life sentence, which eventually became Chris' fate.

To Sharp, Chris' case became the symbol of everything he thought was wrong with the criminal system. In 2017, Sharp chose to resign from his lifetime appointment as a US district court judge. Later in an interview about his retirement, Sharp criticized the outcome of Chris' case and destiny.

The interview was picked up by civil rights attorney and co-founder of The Buried Alive Project, Brittany Barnett. She decided to take on Young’s case.

She knew that his only shot at freedom was a rare presidential pardon. To achieve this, his case needed more media coverage. Luckily, it caught the attention of a highly influential media person who ended up attending a meeting with White House staff to advocate for his release: Kim Kardashian.

"In prison, I came across people that were going through the same level of stress and depression as my brother."

Together with the help of Barnett, The Buried Alive Project, and former Judge Sharp, the rare shot became a reality. In January 2021, Chris was granted Presidential Clemency after spending more than ten years in prison. He was now a free man.

The question was now how Chris could foster a positive future. While in prison, he came across many people going through the same mental challenges as himself. He started to think of how he could help them.

Due to many mental health services and mental health products out there not being culturally relatable, he has now started LikeYOU! – an app and health tool that encourages people of color to journey towards a lifestyle of positive mental health by providing the tools to help remove the isolating effects of trauma.

"I wanted to harness the power & capabilities of technology to assist with the isolating effects of trauma. I realized a way to help empower people through the same technology that usually plays a part in their stress and depression, it can now be the tool that helps them embark on a healthy, empowering new beginning."

"I want people to view young men and women that have made mistakes in a better light."

The purpose of LikeYOU! is to provide young men and women with a space, where they can be part of a community of shared experiences. Chris hopes that the app will be the starting point for more conversations about mental health and that it will show how prioritizing your mental health is not a sign of weakness, but an act of strength.

Thank you for sharing your story with us. We’re excited to follow your journey. Support the cause. 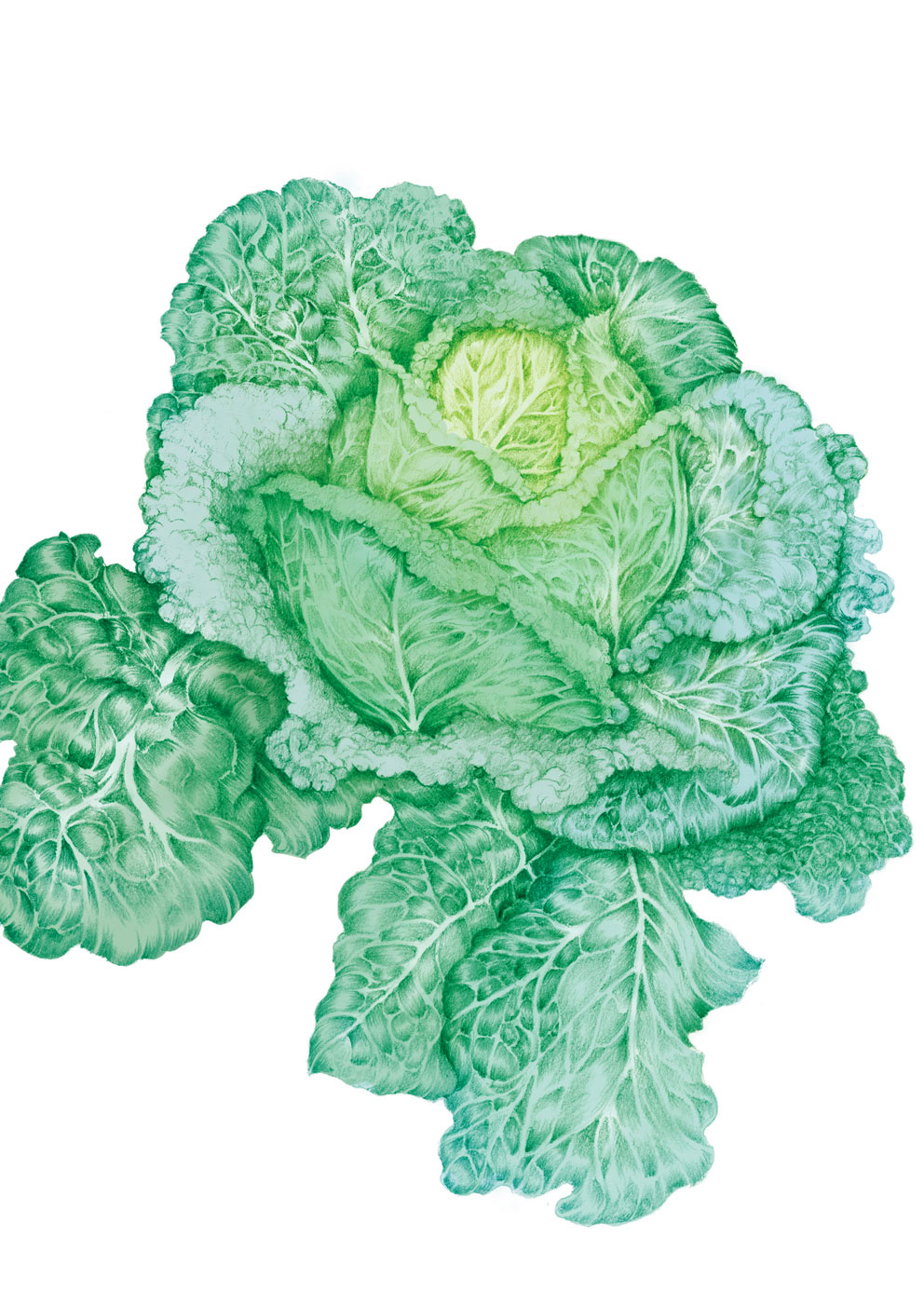 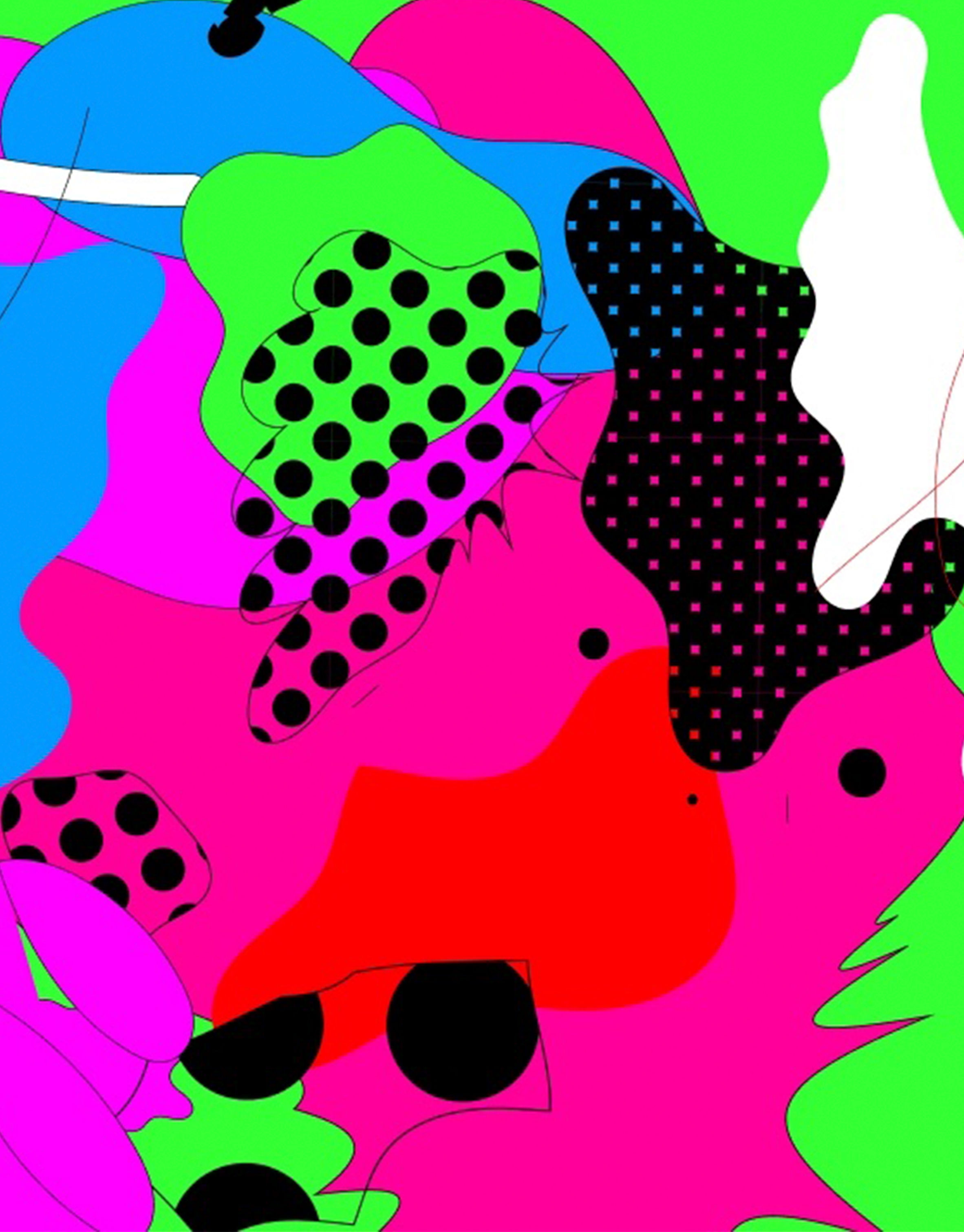 No items found.
Webby Talks Tour: Never Niche Enough
How have young consumers redefined online communities, and why is the digital future rooted in authenticity? We’re inviting you all to join us at the Granyon office when the internationally acclaimed Webby Awards gives a talk on the future of digital.

News
Webby Talks Tour: Never Niche Enough
How have young consumers redefined online communities, and why is the digital future rooted in authenticity? We’re inviting you all to join us at the Granyon office when the internationally acclaimed Webby Awards gives a talk on the future of digital. 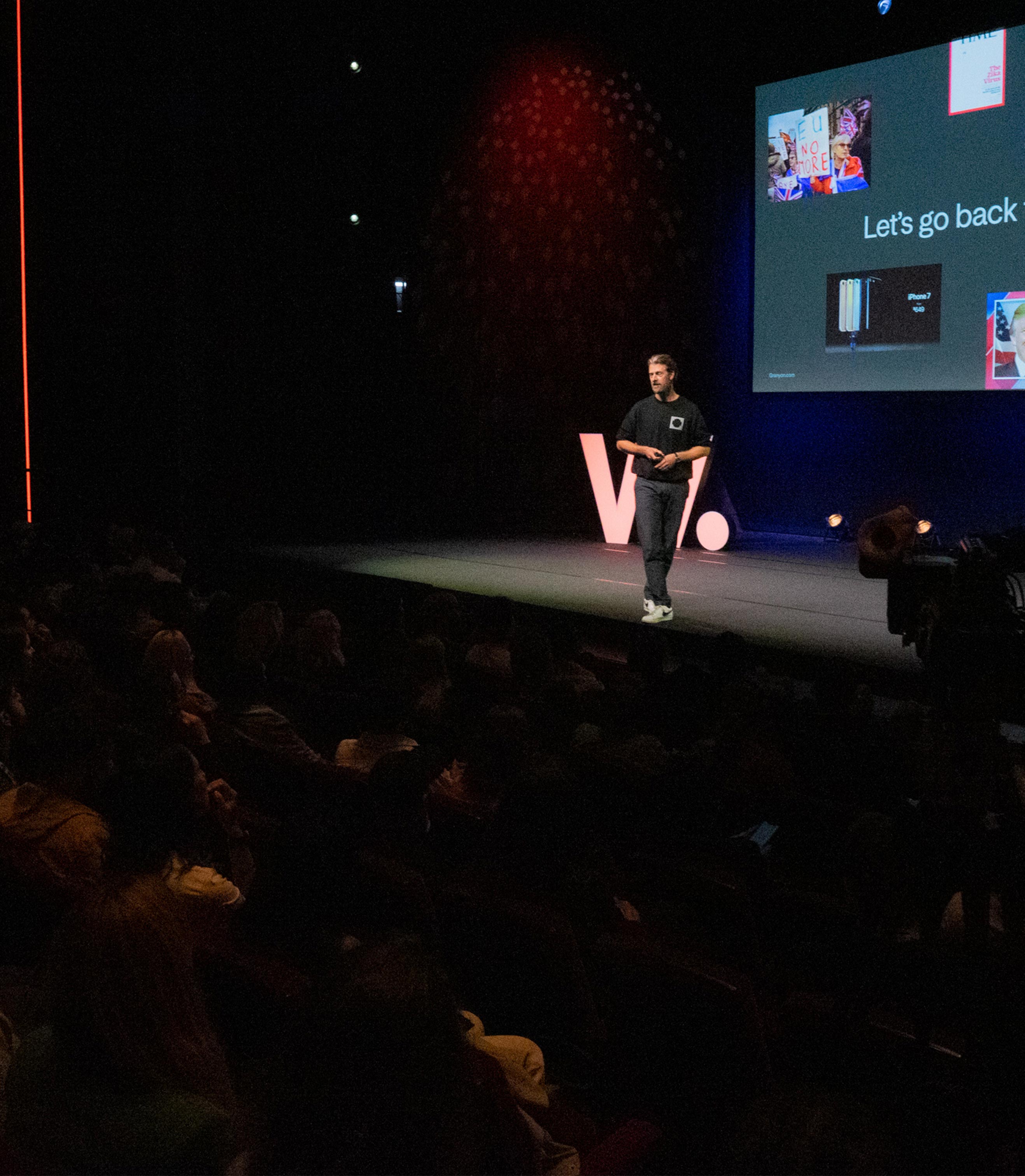 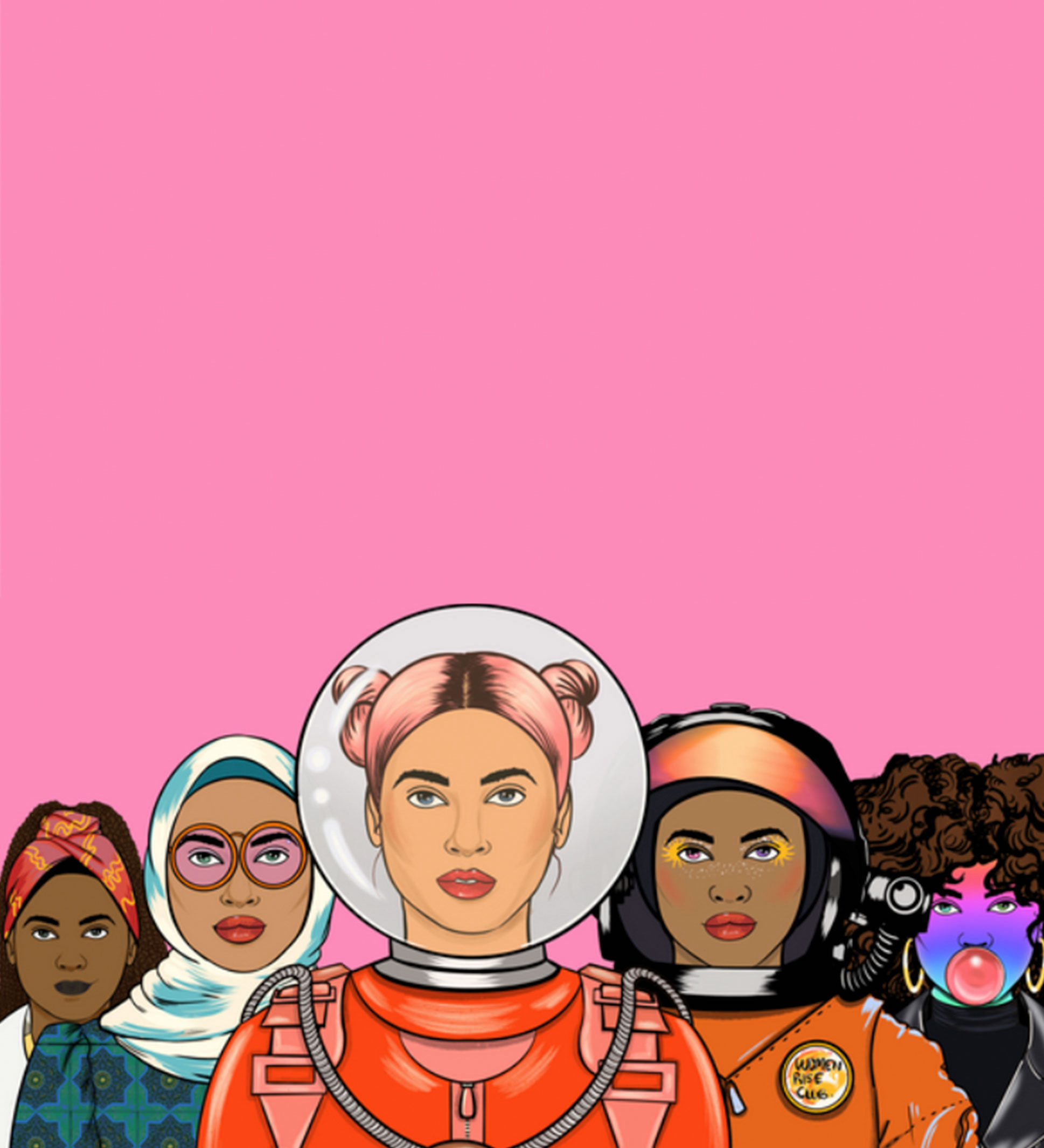 No items found.
Women Rise – using the power of art, community, and technology
Women activists, artists, scientists, coders… all rising to make the world a better place! Women Rise is an NFT community that celebrates women rising on the blockchain while supporting important causes in our society. We're excited to work with Women Rise and make a new home for all their diverse and inclusive art.

News
Women Rise – using the power of art, community, and technology
Women activists, artists, scientists, coders… all rising to make the world a better place! Women Rise is an NFT community that celebrates women rising on the blockchain while supporting important causes in our society. We're excited to work with Women Rise and make a new home for all their diverse and inclusive art. 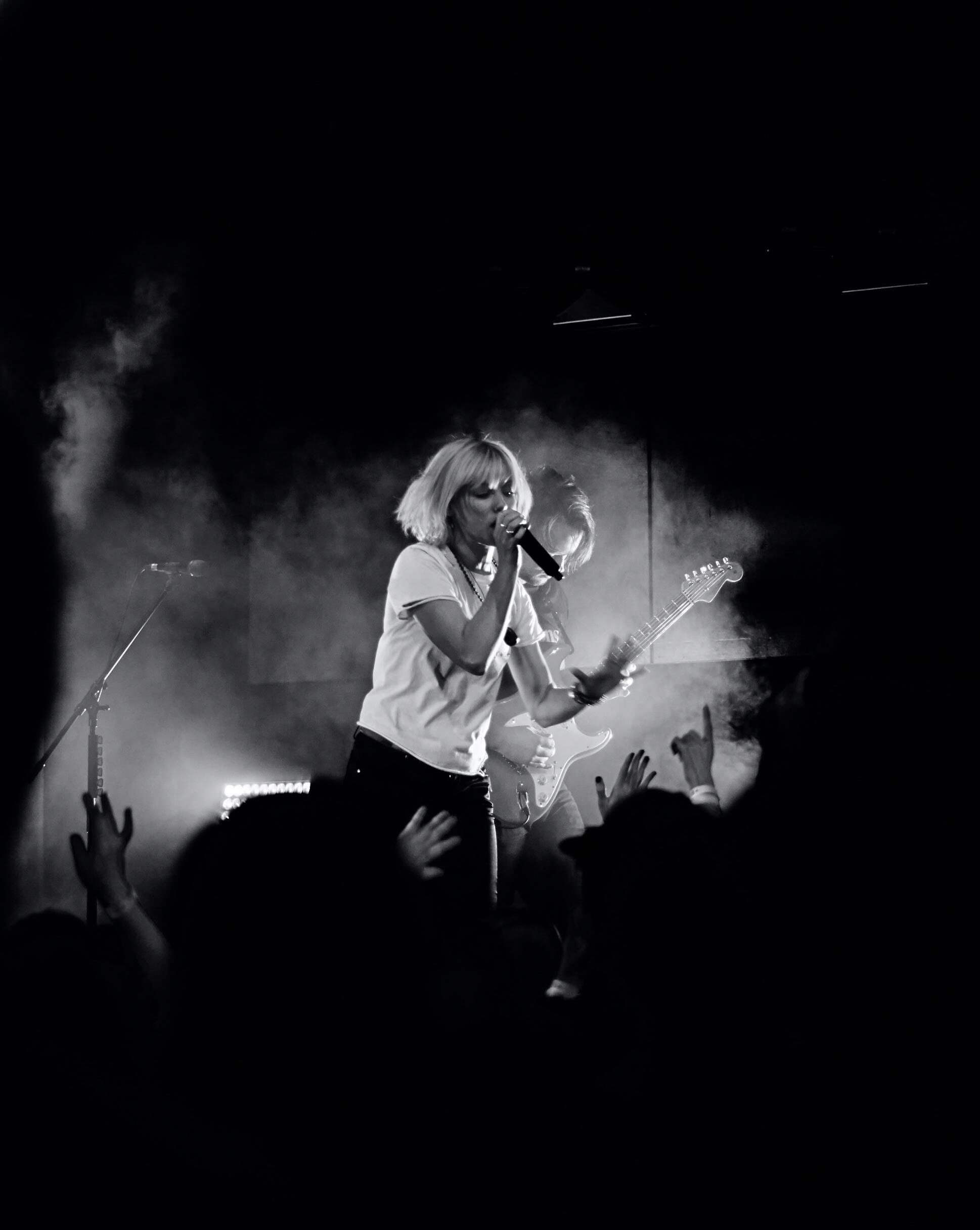